Thanks to my former English student Tom Donaghy for something he recently said on Facebook. Something that stuck in my mind till I felt compelled to write this.

Quite recently, President Trump has come under attack for telling four ultra-socialist, anti-American members of Congress to go back home–to their countries of origin. My statement , of course, is out of context and makes some basic assumptions about those four women, whom I pray for even though I cannot bring myself to refer to as “ladies.”

While I think the President’s wording was, like many of the other things he’s said or tweeted since gaining office, somewhat lacking in class, I believe he speaks for a majority of Americans regarding the immigration problem, along with other serious problems the Democrats are failing to deal with appropriately because they’re spending most of their time trying to get rid of him.

Ah, but my purpose in writing this post is not to put Mr. Trump down for his failure to control his tongue (or his Twitter fingers). Nor is it an attempt to roast the Democrats, who are already so close to being burned to charcoal than I can almost smell it here in Richmond. And neither am I attacking the “Squad” of socialistic women.

But I couldn’t be more concerned about the signs of hostility some immigrants–mostly illegal, I’m assuming–are showing towards America once they’re here. Of course many of them were promised the moon to get them to the border–and through, over, or under it. Then they can be given the vote that only legitimate citizens have the right to have and vote for the party that promises them everything.

We live in one of the most crime-free neighborhoods I’m familiar with. We have a number of Latino neighbors. We have a waving-and-smiling friendship with many of them and, frankly, I don’t care whether they’re legally here or not. Most of them seem to be good people.

So, can you imagine our shock several years ago when someone tore down or stole the American flag from a neighbor’s front yard? I’m not saying the culprit was a Latino, but when I hear very few of the adults speaking English among themselves, I’m reminded of something I learned in elementary school, as did many of you. I wonder if this is even mentioned in American history classes now.

What am I talking about? The fact that America is–or at least was–a great melting pot, made up of a number of different races, ethnic groups, and nationalities. Even though many of America’s earliest immigrants chose to remain among others of their particular background when they first arrived here, they eventually gave up some of that to adapt appropriately to the ways of their new homeland.

And, in so doing, some of their ways gained enough popularity to become important features of life in America.

Now I read news stories about places that refuse to fly an American flag for fear it will offend someone who might even be in America illegally. And about schools that refuse to let students wear tee shirts with any kind of symbolism that might offend some other minority group.

I could go on and on about this problem, and I suspect many of you could add numerous examples.

That brings me to the title of this post, “Why Did You Come Here in the First Place?” I’m undoubtedly preaching to the choir now, but why would anyone come to a new country without the desire to learn its language and customs and make a sincere effort to fit in? Especially if they’re here illegally, when their efforts to become legally Americanized would enable them stay here.

I can’t blame anyone for wanting to partake of the American Dream, but there’s a right way and many wrong ways to do it. I wish no ill to the illegals–hmm, is that word just coincidentally similar to ill eagles?–but I think all immigrants should be prepared to prove they really want to become Americans and not just expatriates clustering together and wondering why the rest of us are looking at them suspiciously.

This post has been harder to write than I’d expected. Maybe I’ll delete rather than post it. But if you’re reading it, you’ll know my frustrations bugged me into airing them publicly.

Oh, by the way, don’t you think we need a Constitutional amendment declaring English to be the one and only official American language (leaving individual localities free to continue being bilingual, of course)? 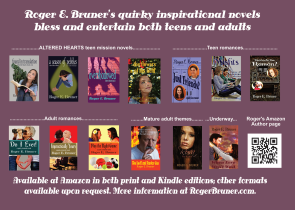 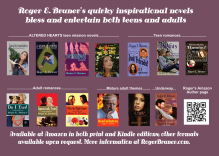