Stan Kesler, the father of one of my wife’s sister-in-laws, worked as an engineer at Sun Studios in Memphis at the beginning of Elvis’s career. But Stan was also a song writer, and he co-wrote several of Elvis’s early songs, including “I Forgot to Remember to Forget” and “You’re Right, I’m Left, She’s Gone.”

We all have regrets. It’s a side-effect of being human. The problem with regrets is our inability to let go of some of them. When we “forget to remember to forget.”

God is always willing to forgive us for our sins when we turn to Him in true repentance, but that doesn’t mean we’re automatically able to forgive ourselves. And even when we do, those memories often come back to haunt us at the least expected times and in the most troubling ways.

God can help us deal with that, but it requires a great deal of prayer time and close fellowship with Him.

Fortunately, not all of our regrets are of equal importance.

I was thinking recently about the time I learned to drive and the first few months after I got my license. And even one more recent time. These are some of my “smaller” regrets:

Some regrets are more serious than others, but those that taught me a lesson are worth remembering. They’re just not worth fretting about as if I could go back and change anything.

I thank God daily for His love and mercy. And for helping me to put worthless regrets even further out of my mind.

What about you? Do you have regrets that linger like a ghost on your shoulder? Or have you learned–perhaps with God’s help–to put everything in its proper perspective? Your comments are welcome. 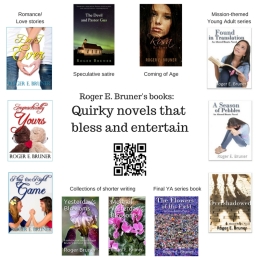