Suppose you were suffering from an ailment that the doctors couldn’t diagnose, much less find a cure for. And then you came upon someone on the Internet who was talking about having had the same symptoms you have.

But there’s a difference. That person had been healed.Completely.

Her life was back to normal. A better normal than before because not only was the pain gone, but the uncertainty about what was wrong.

And suppose that person posted free, detailed information about what you should pass along to your doctor so you could be healed, too.

After prayerful consideration, wouldn’t you get to your doctor as fast as you could? That would be the pursuit of something worthwhile.

Or suppose you’ve been downsized after working nineteen years at the same company–the company you’d expected to remain at until you retired. Unfortunately, your skills had been very specialized; you wouldn’t be apt to find an exact need for them elsewhere. You’re frustrated by the prospect of needing work but not knowing what you would actually be qualified to do.

But then a friend passes along a tip to you. He’s heard about a new company that’s using such new and innovative technology that they’re willing to train new employees rather than waste time and money looking for the handful of workers who already know how to do that kind of work. Furthermore, an indication of loyalty to past employers is one of their most important requirements.

Wouldn’t you get in touch with that company as fast as you could?

Papua New Guinea, a small island country near Australia, is made up of numerous tribes who speak their own individual languages and live in constant fear. Animism is at the root of their belief system, and it promotes fear and uncertainty among all of the tribes.

Suppose one tribe–let’s call them tribe Y–learns that the people of another tribe (we’ll make them X) have totally changed–their fear has disappeared and they’re living and behaving in a totally different way–a more positive way.

Is it surprising that tribe Y would want to learn what freed the other tribe from their centuries-old fears?

They learn that a team of families from America had moved to Papua New Guinea years earlier to live among the members of the now-peaceful tribe X . The Americans didn’t live typical American lives, however. They chopped down trees to build their own houses, they spent years learning the language and culture of the tribe they were living with, and they developed an alphabet in the host language so it could be written down.

But that wasn’t their ultimate purpose in coming. This team spent additional years translating the Bible into the language they now had a means of writing down, and they led native tribe X to understand that God alone is God and He is love and Jesus is the only way to reach Him. And the team members demonstrated through their love as well as their words that Christianity is the only key to lasting peace and hope.

Not surprisingly, the natives of tribe X became Christians. And they’re now enjoying the kind of hope and peace they’d never thought possible.

When the members of  tribe Y learned why such drastic changes had taken place in tribe X, they started begging for a similar team to come live among them and do for them what the other team had done for tribe X.

For that to happen, tribes must submit a written request each year for five consecutive years. Then they must wait an additional five years for someone to be available to come.

Those tribes apparently never give up. They are enthusiastic. And desperate. This is their first opportunity to hope for a meaningful life. They are in pursuit of something more worthwhile than they’ve ever experienced before.

The Bible says, “The fields are white unto harvest, but the laborers are few.” 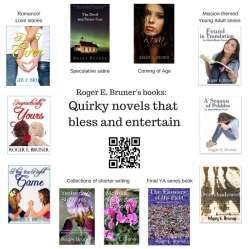