Funny thing. I don’t remember a whole lot about high school. Not the extra curricular activities, anyhow. Yes, I did used to enjoy attending the band concerts, and I recall going out to eat one Sunday with the members of the Spanish club–at a Mexican restaurant, of course.

Football or basketball games? Nope. I wasn’t interested in sports and–I hate to admit–I only had a limited amount of school spirit.

But one event made a humongous impression on me–a presentation of the play “The Mouse that Roared.” Amazon describes the book this way:

In Leonard Wibberley’s classic political satire, a tiny backwards country decides the only way to survive a sudden economic downturn is to declare war on the United States and lose to get foreign aid – but things don’t go according to plan.

I’m not sure I’d been thoroughly introduced to the concept of satire yet, but that didn’t matter. The idea of a tiny country going to war with America, intending to lose so it could get support from the United States, only to somehow win, seemed SO very clever.

I don’t recall details about the play–and I have yet to read the book–but I often think about it. And for what may be the strangest of reasons.

Seldom does a day pass that we don’t hear something on the news about North Korea’s apparently-insane leader and the threats he makes against the United States. As if trying to provoke us into war.

In that sense, he makes North Korea sound like a mouse roaring.

But what a difference between the book/play and North Korea. To be sure, the people of North Korea are horribly poor. But the leader–forgive me for not even wanting to learn his name–is wealthy beyond my ability to understand. And if he should declare war against us, it wouldn’t be with the intention of losing.

Not unless he’s even crazier than I think.

Nonetheless, when a country as small as North Korea holds the kind of power it appears to hold, it seems to be roaring all tooloudly.

What do you think? How about leaving a comment. 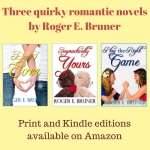 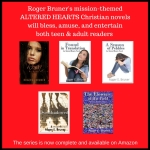 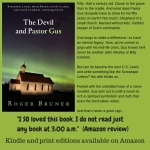 2 thoughts on “The Mouse that Roared”