When some good friends got married more than thirty years ago, I found myself stuck with wearing a tuxedo. Yuck! I’d never worn one before. I’d never attended a prom and wouldn’t have worn one then anyhow, and I bought a nice suit to wear at my first wedding.

I’m definitely not a formal person in any sense of the word. I wear jeans seven days a week and put on something slightly dressier only for the most special of occasions. Like when our choir director makes us wear black slacks/skirts and white shirts/tops for the Christmas musical.

Guys are also supposed to wear Christmassy ties. But I partially, uh, skirt those requirements because I’m sitting off to the side playing bass guitar where I’m not really seen. I wear black slacks all right, but a white turtleneck. No tie.

So when my daughter got married five-and-a-half years ago, I had to deal with the second tux of my life. That meant I’d made it approximately twenty-five years since the first tux. Not too bad, I guess. People are so used to seeing me NOT dressed up that the compliments about how nice I looked flew in right and left. Maybe so, but that didn’t change my distaste for tuxes.

It’s been almost a year now since my third–and final, I hope–up close and personal encounter with a tux. Good friends Stan and Ashley were getting married, and Kathleen and I were both members of the wedding party. I couldn’t turn that down, even to avoid wearing a tux.

I got fitted for it–an almost painstaking procedure–but I either couldn’t pick the tux up until too close to the wedding for adjustments or simply failed to try it on.

Hmm. The pants were adjustable. Just one problem. At their tightest, they were still too big around the waist. The groom had the same problem. But he couldn’t keep his hands in his pockets most of the time to hold his pants up. I could and I did. 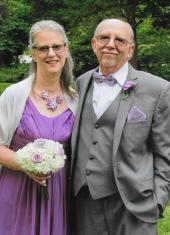 Almost immediately after the ceremony, I literally slipped those pants off–I didn’t even have to unfasten them–and put the jeans I’d worn to the venue back on. Although I was the only informally clad member of the wedding party when we were introduced at the reception, at least I didn’t have to keep my hands in my pockets any longer.

Kathleen and I agree about informality. And we agree it would be a waste to pay for coffins when we die, especially to be put in our dressiest clothes first. So initially we decided to be cremated after donating whatever of our organs might prove useful to somebody else. But why bother with cremation when we could donate our bodies to science?

Some of you may be horrified at the thought of our bodies being disposed of that way, but not us. We’ll be dead then. Our bodies, anyhow. Our souls will be in Heaven, where the condition of our earthly bodies won’t make a bit of difference.

Heaven is a perfect place. I have no doubt Kathleen and I will be wearing denim again. Eternally.

How do you feel about tuxedos or dressing up in general? I know some people actually enjoy it, while others are at least not opposed to it. How about sharing a comment? 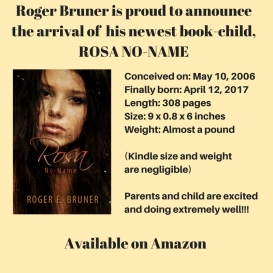