If you read my post this past Wednesday, you know that I’m not facing either blindness or deafness. But that doesn’t mean I never wonder how either or those conditions would change whatever years of life I have left. As I pointed out, deafness would deprive me of some of my favorite activities and ministries. But blindness would affect more areas of my life, including my writing.

I’m not sure blindness has a positive side, but I have a friend who has put such a positive spin on it I wanted to share it with you.

Back during the years I was teaching school, 1968-1974, a blind singer/song writer/pianist came to the school where I taught and gave a concert in the gym. Those were the days when a Christian performer was still welcome in the public schools.

Ken Medema wasn’t yet a full-time musician. His “day job” was music therapist with the state of Delaware. But he made a real impression on the students and on me.

At a later date Ken came back to Cambridge (Maryland) to do some music at the First Baptist Church. He was staying with the father and stepmother of one of my friends, who lived right behind me, and Blake had a crab feast for Ken that Saturday evening. I got to know him some then.

I learned some interesting things about blindness that weekend. Like how he knew to walk around a vacuum cleaner he couldn’t see and how he rushed around the car to open the door for his hostess!

I’m no longer sure how we came to know one another better except perhaps because he was willing to listen to a cassette tape of some of my music and send me me his comments. I’ll never forget getting that tape back with his recommendations taking the place of the music. He’d appeared at the annual meeting of the Southern Baptist Convention and was all sung–and all talked out–but he took the time to offer his help.

Flash forward a number of years. To early 2003. I learned that Ken would be doing a concert at the First Baptist Church of Richmond. But there was a slight problem. The evening of the concert was the same day Kathleen and I would be arriving in Richmond after moving her down here from upstate New York, and we were both exhausted from the drive.

But Kathleen knew how much seeing and hearing Ken again would mean to me, and was she ever glad we went to hear him! Ken recognized my voice and remembered me. Amazing…

We last saw Ken sometime around 2008 when he did another gig at Richmond’s First Baptist Church, and we picked up right where we’d left off before. The pictures above are from that reunion. We haven’t seen him since then, but we check out his website and know he’s still performing.

I’ve never seen Stevie Wonder perform, so I don’t know how similar he and Ken are, but Ken’s concerts are a wonderful experience. When he was learning to play the piano, his teacher challenged him to learn to improvise, and improvisation has become his specialty. At every performance he has members of the audience supply him with several random words. A moment or two later he’s singing and playing an original song based on those words.

Creating and recording personalized songs is an important part of his business. He’s also written some cantatas. One of the songs he’s most noted for–people are sorely disappointed if he doesn’t do this in a performance–is a hilarious song about Moses. Many people who’re familiar with that song probably have no idea that it was written by a blind musician named Ken Medema.

I have to apologize for something. I can’t do justice to Ken in a single blog post, but at least I’ve given you a little taste of someone who’s special to Kathleen and me. Incidentally, when my mother-in-law went to hear him in Memphis and identified herself in relationship to me, he reacted quite positively and told her what a good song writer I was.

Do you have a favorite musician, actor, writer, or whatever that you’ve established a limited but meaningful relationship with over the years? Please leave a comment.

“On Aging Gracelessly” is only one of my two blogs. I post lyrics of the Christian songs I’ve written over the last fifty years on  “As I Come Singing.” Check it out HERE if you’re interested.  Free lead sheets (tune, words, and chords) are available for many of them. View the list HERE.

If you enjoy my writing, you’ll find a number of things to read on my website.  Also music to listen to and music-related videos to watch.

My newest novel, The Devil and Pastor Gus, is available online at Amazon and Barnes & Noble. Go HERE for links to those places. 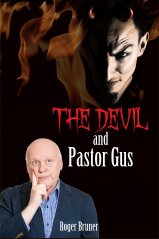 2 thoughts on “Ken Medema: Every Blind Person Should Be So Talented”